Graves Light was declared surplus property by the U.S. Coast Guard and auctioned to the public by the federal General Services Administration. A Boston-area family bought Graves Light in the late summer of 2013.

For our own updates of Graves Light’s progress, see The Keeper’s Blog. For the wicked big news, see this page below. 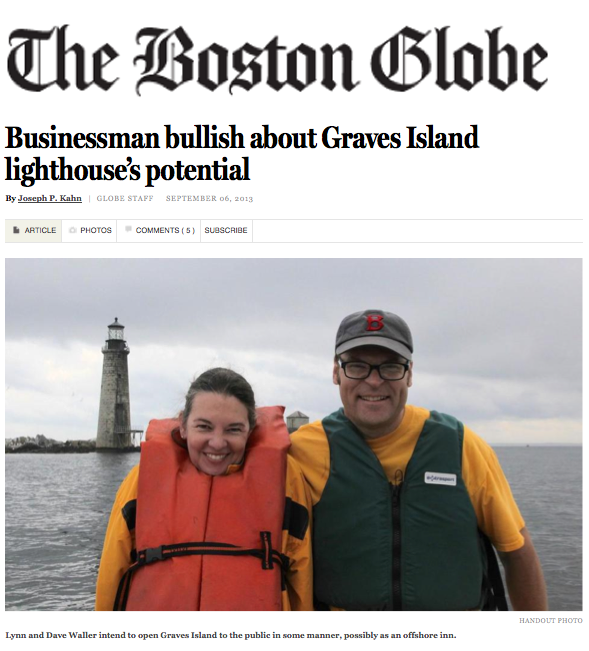 The Globe comes back to measure our progress, one year later (September 16, 2014): 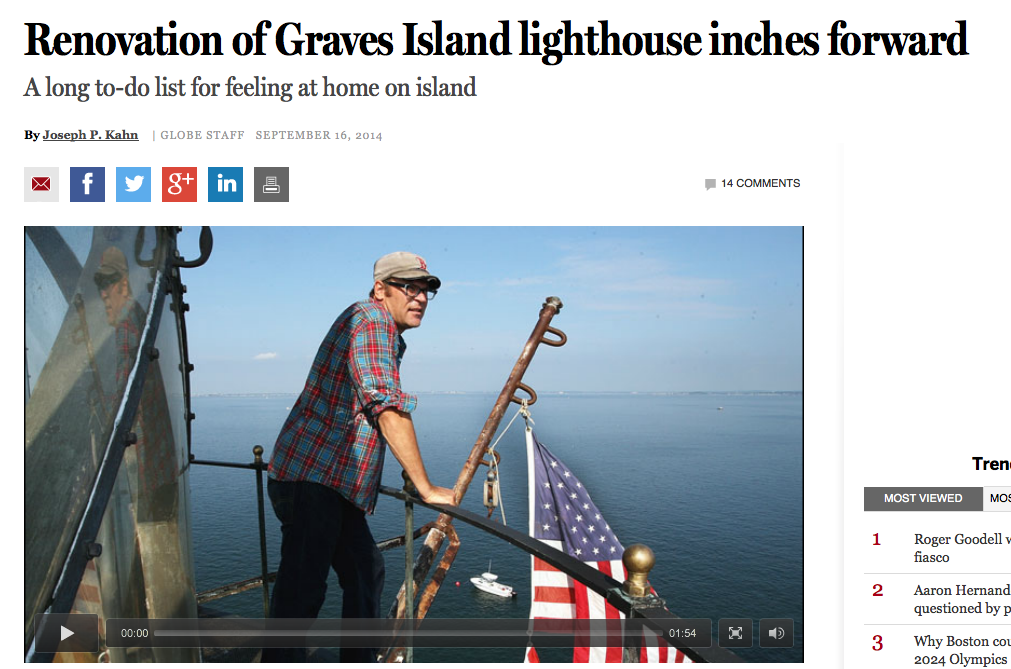 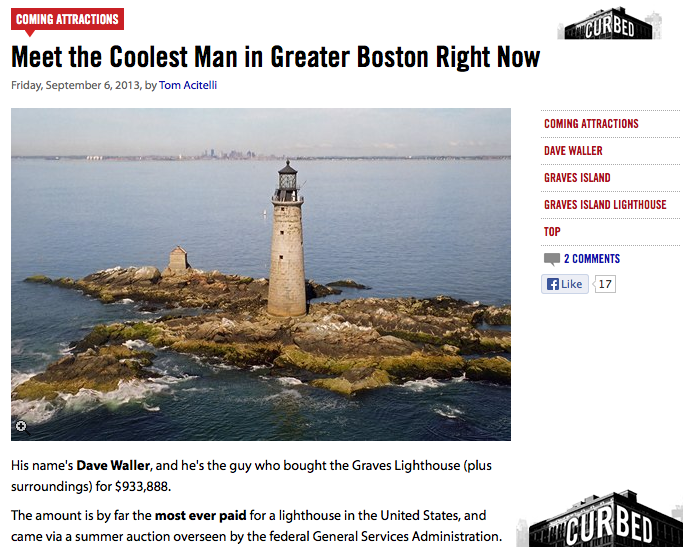