Workmen performed an amazing feat during the warmer months of 1903, blasting away the ledge, building docks and wharves to handle heavy stone and machinery, and laying down the first levels of the lighthouse.

Construction started on June 1, 1903, just 5 weeks after the federal government issued the contract.

Using dynamite, workers blasted a ring around a stump of ledge, and assembled the curved, interlocking foundation walls, 7 feet thick, around that ledge for added strength. They filled the base of the lighthouse with rubble and concrete.

In his immense collection, historian Edward Rowe Snow had photos of the preparation of the ledge:

Below are three photographs from 1903, showing the construction progress for the first year. Our guess is that the photos are from September or October of that year. These photos are from original “magic lantern” glass slides, provided by the Massachusetts Historical Society. We believe that GravesLightStation.com is publishing them for the first time.

The base of Graves Light by late summer, 1903. (Photo courtesy of the Massachusetts Historical Society) 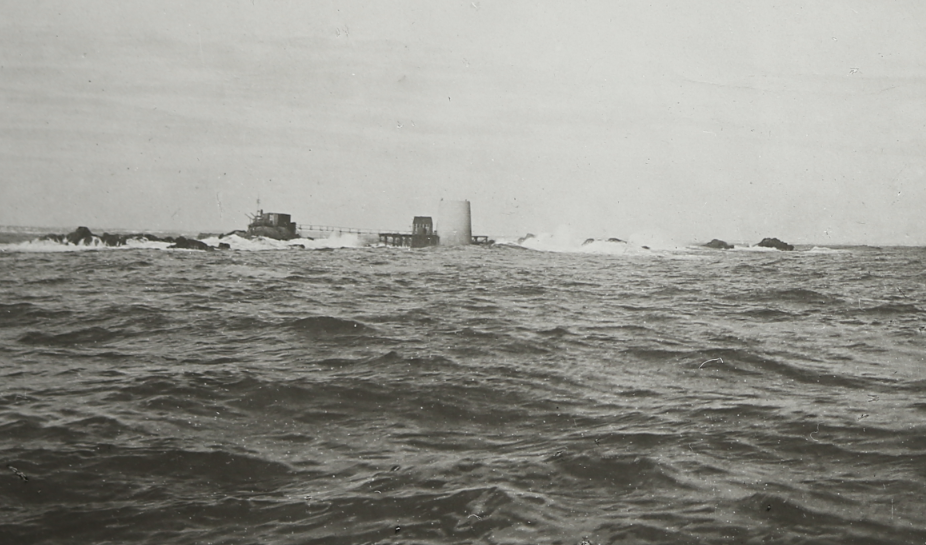 High tide brought the water almost up to the workers’ shanties.  (Photo courtesy of the Massachusetts Historical Society)