The lighthouse itself at Graves would be an engineering masterpiece: A round tower, with walls 7 feet thick, built of 776 interlocking blocks of granite, and held in place with massive steel bolts 4 inches in diameter.

The lighthouse would be almost a larger twin of a beacon being built at Ram Island Ledge, Maine. Graves Light would rise 113 feet from the sea, topped by a 3.2 million candlepower first-order Fresnel lens and a trumpetlike foghorn.

Graves Light could comfortably accommodate a full-time crew of four men. The five interior levels included an entryway/storage area 40 feet above sea level, an engine room, a kitchen, a bunk room, and another bunk room.

Above them, in the metal top, was sixth floor to operate the rotating mechanism of the light that doubled as a library with its own observation deck, and finally, the lamp room containing a 12 foot-high first-order Fresnel lens.

Twin cisterns of 1,500 gallons each would hold drinking water for the crew, and compressed air for the foghorn.

Below is a large image of the original architectural sketch, provided to GravesLightStation.com by the Massachusetts Historical Society. 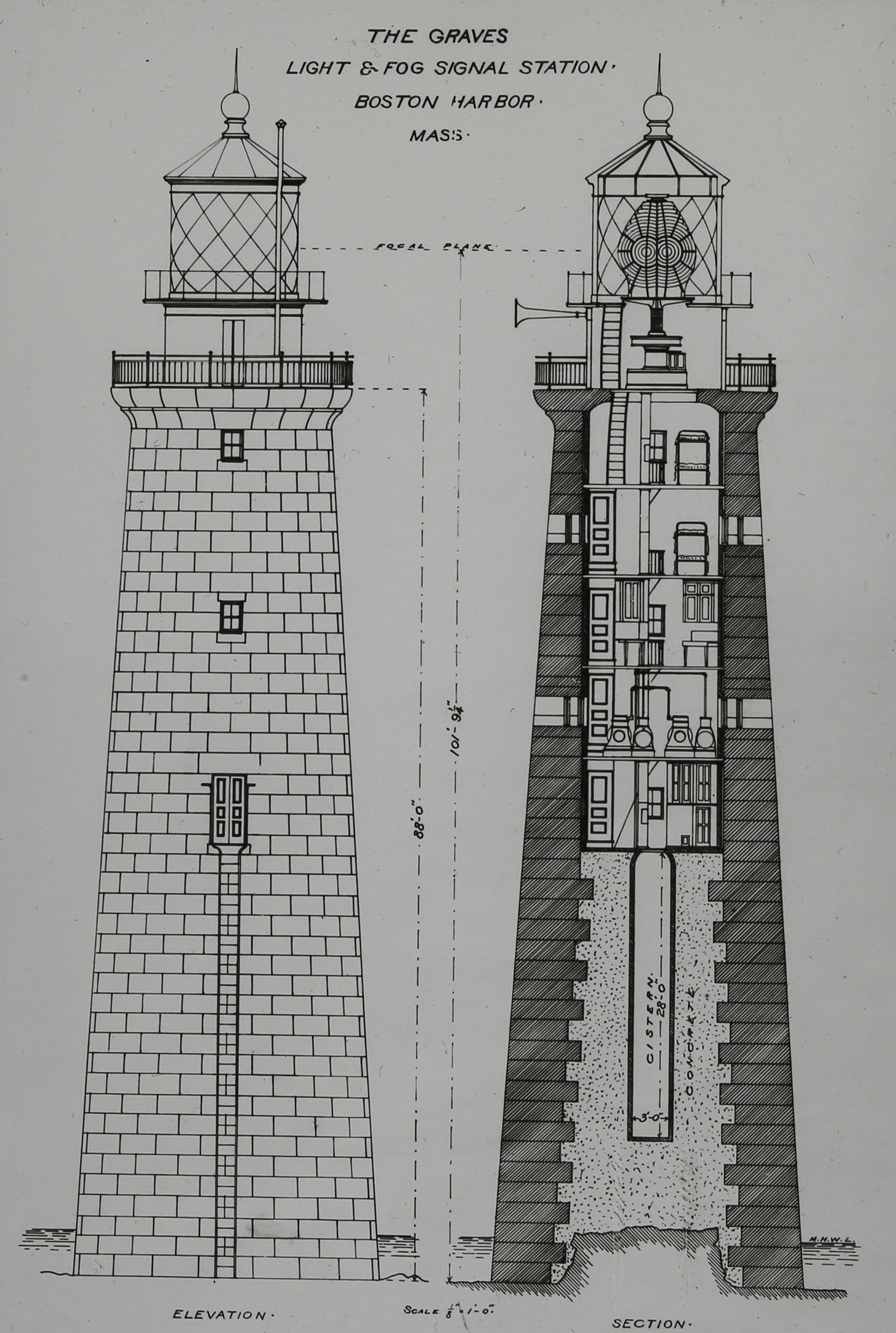 Architectural drawing of Graves Light shows how the tower was built atop a stump of the ledge, and the internal facilities: two cisterns, five levels within the granite walls, and two levels above. Note the dual round lenses within the giant first-order Fresnel Lens that gave Graves its distinctive two-flash pattern. (Photo courtesy of the Massachusetts Historical Society)