Experiencing a snowstorm at Graves Light 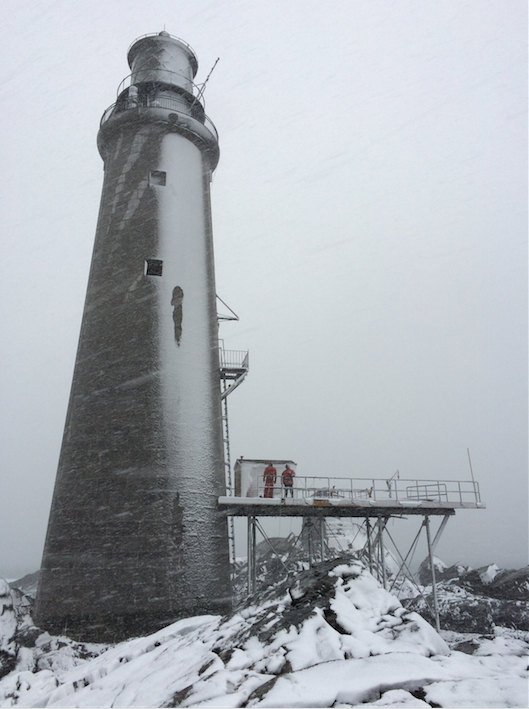 Randy and Pat are on the dock, enjoying a perfectly horizontal snowstorm as Winter Storm Lexi hits Boston.

We didn’t expect to be caught in a real nor’easter as we watched winter storm Lexi.

So we went out to Graves on Thursday to make a maintenance check and enjoy a mild winter’s overnight as the storm approached.

Both the lighthouse and our all-weather Defender-class former Coast Guard boat would be safe havens as the weather came down on us.

Staying inside the granite lighthouse is as safe as staying at home. Graves was staffed 24/7 with no fatalities for 70 years, and we were well stocked for any eventuality.

We wore survival suits and each had pocket VHF radios in addition to our cell phones, and stayed in touch with another captain on shore.

Conditions can catch the unprepared by surprise. We watched NOAA’s Boston B buoy for real-time sea conditions, and checked hourly with NOAA marine forecast and satellite mapping. Lexi moved unusually fast and hit harder than forecast, but it didn’t matter because we were high and dry in our stone fortress, nearly 100 feet above the waves.

One look at the heavy sea Friday morning was all it took to tell us to stay put in the lighthouse. Lexi had arrived. She wasn’t a nor’easter, but as the video shows, she gave us some rough weather. It’s thrilling to be surrounded by howling winds, angry seas, and horizontal snow.

By late Friday afternoon, the seas and wind had diminished enough to let us make a break for home in our boat, although the seven-foot seas gave us a good pounding.

In the picture above, Randy and Pat (a veteran boat captain) are on the dock enjoying a perfectly horizontal snowstorm. As the ice and snow on the lighthouse and ledges shows, the wind was coming from the northwest.

A word of caution to all boaters: Stay well clear of Graves Ledge during rough weather. The unpredictable swells and submerged rocks are extremely dangerous. And although it sounds un-neighborly, anyone on Graves Ledge without explicit permission is trespassing. The exposed ledge is slippery in any weather, with or without ice. 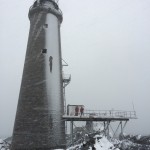 Randy and Pat are on the dock, enjoying a perfectly horizontal snowstorm as Winter Storm Lexi hits Boston. 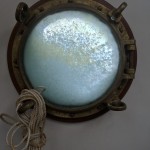 The portholes do their job to keep out wind and snow from the watch deck at Graves Light. 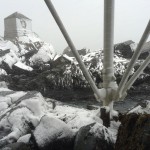 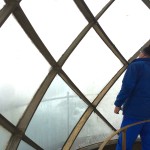 The lamp room gives a great view of the early stage of the February snowstorm. 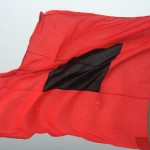 We flew the storm warning flag at Graves Light as we camped overnight February 4-5. 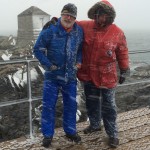 Bundled up in the wind as a horizontal snowstorm hits Graves Light. Lexi would not spoil a good cigar.