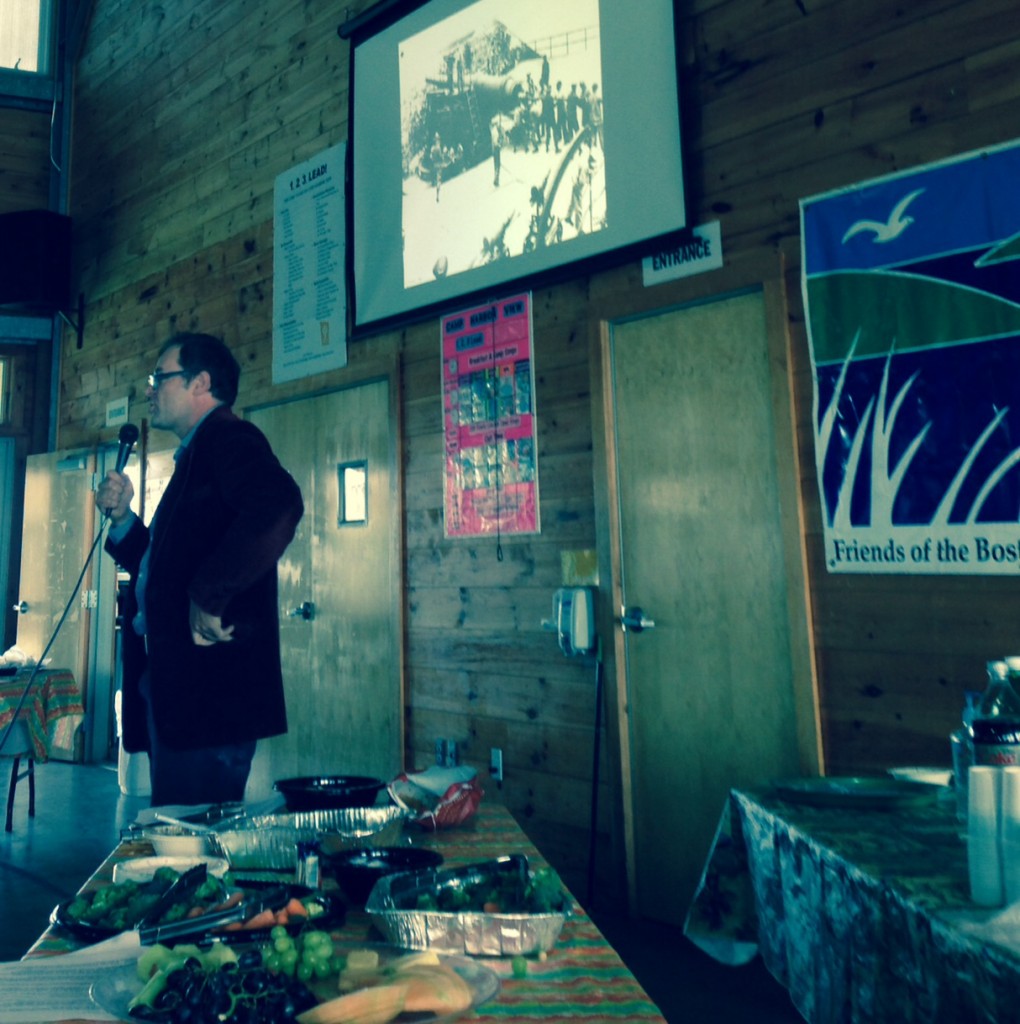 The Friends of Boston Harbor Islands put on a fine event to host the new owners of Graves Light Station and help them make their first public debut to the islands community.

The May 18 event, during FBHI’s annual meeting on Long Island in Boston Harbor, featured Dave and Lynn making a presentation about the lighthouse, with Lynn managing the visuals; and Dave’s mother Carol, who had just returned from the Library of Congress in Washington with archival material.

Some of that archival material included news coverage from 100 years ago this summer of the first long-distance swimmers to Graves Light.

Extra seating was required to accommodate the packed house of interested guests.

One of those attending was Dolly Snow Bicknell, daughter of the beloved New England coastal historian and preservationist Edward Rowe Snow. 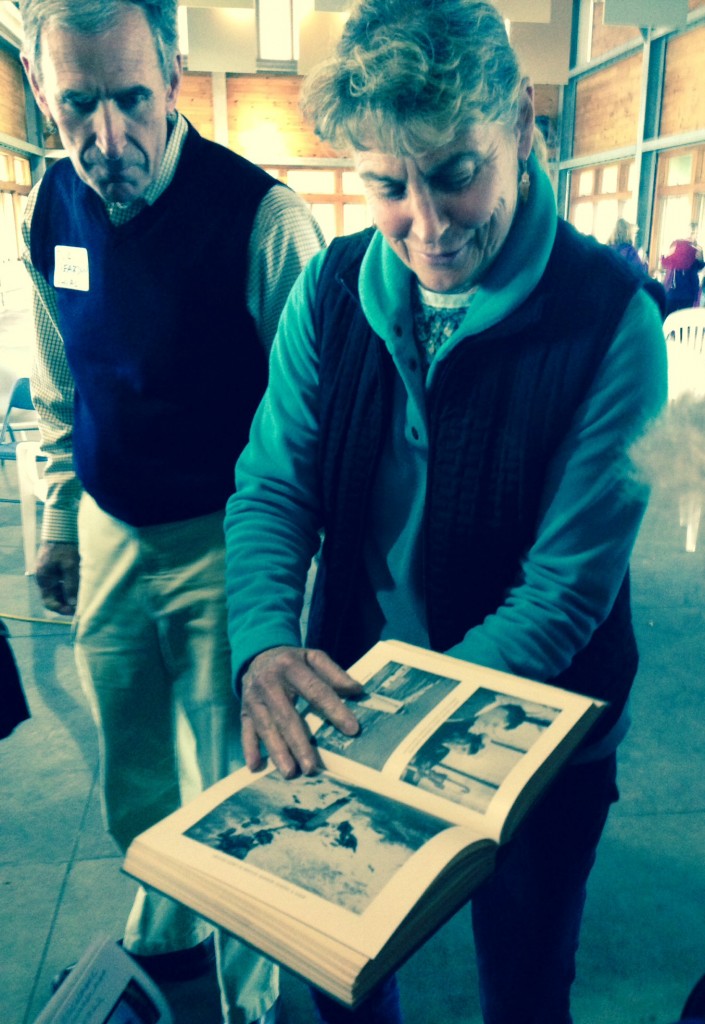 Dolly Snow Bicknell presents the Graves Light family with a first edition of her father’s book, The Lighthouses of New England (1945).

Dolly presented the Graves Light family with an autographed first edition of her father’s book, The Lighthouses of New England, published in 1945. A new edition, edited by our friend Jeremy D’Entremont, is available on Amazon.

In the accompanying photo here, Dolly is seen presenting the book with the page opened to a photo of Graves Light.

The public reception was thrilling.

Everyone who attended seemed excited to be there and hear the Graves Light family’s story.

Giles Parker, National Park Superintendent of the Boston Harbor Islands National Recreation Area, sent out a Tweet promoting the event in advance, and Tweeting a picture of Carol, Dave and Lynn at the May 18 event, featuring their presentation hats and bottle of champagne. 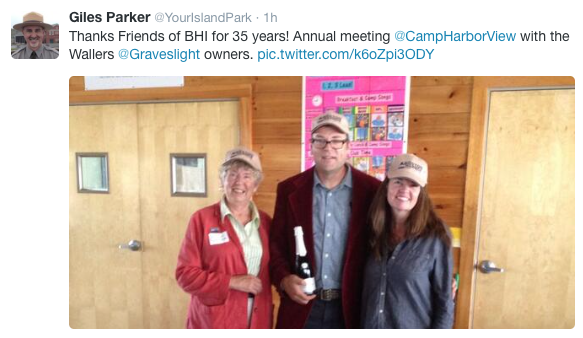