Rebuilding the inside of Graves Light – on Nantucket 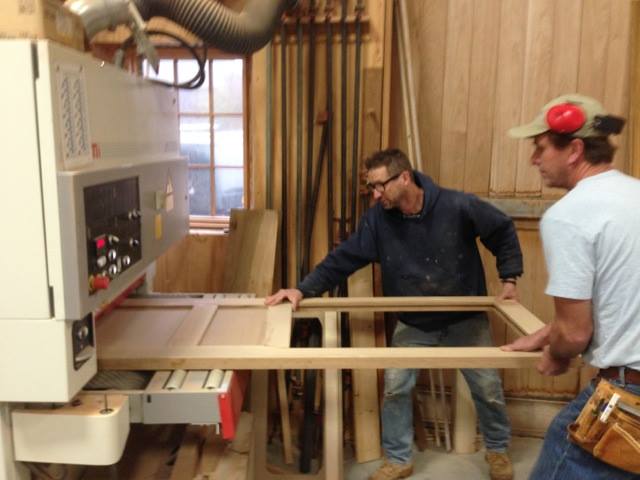 The snow and ice haven’t stopped the renovation of Graves Light. We’ve been using the winter months to reconstruct precise reproductions of the original interior woodwork.

Lots going on at the Nantucket workshop of Master Carpenter Karl Phillips.

Karl has finished replicating the interior stairway oak doors, and the deep oak sills of the windows that he built last summer.

One photo shows the sole surviving original interior door, rebuilt and stripped down to the wood, flanked by two reproductions to be installed in the spring.

The original door itself needed major repairs, but it provided us a good template to work from. Original 1903 US Light House Service architectural drawings of the doors helped ensure faithful reproductions.

Karl also built nine new oak windowsills using one rotted original sill (in the foreground of the gallery picture below) as a guide.

Just wait until he installs these with his oak paneling – still under construction – to fill in the deep window pockets! 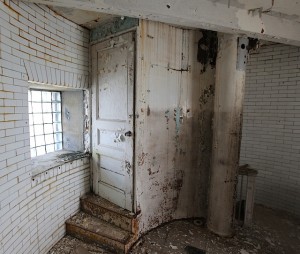 The original interior stairway door is shown, still on its hinges and covered with a century’s worth of paint, before sandblasting and re-painting began in 2014. 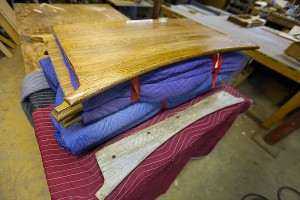 The new oak window sills that master carpenter Karl Phillips built at his Nantucket shop in early 2015. A fragment of an original sill, used as a template, sits at the foreground. 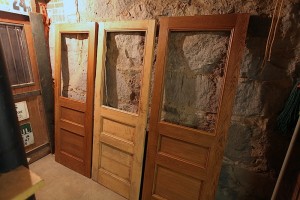 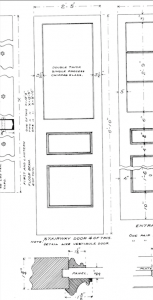 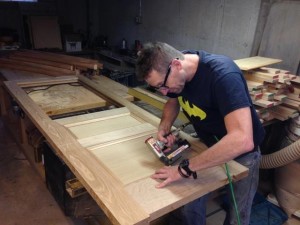 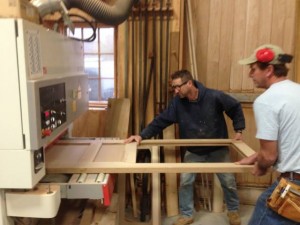 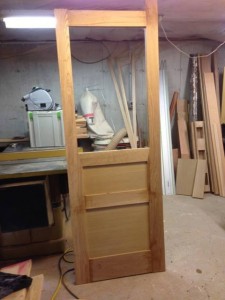